Welcome to Day 5 (technically, counting the weekend) of the 2016 council elections! Please read the Day 1 post for an introduction and more information.

One of the unexpected changes to the electoral regulations this year has been the removal of preference indications from the mailed ballot pack. At the end of August, the Legislative Council voted to disallow Clause 38 of the Local Government (Electoral) Regulations 2016.

In essence, this has removed the indication of preferences for inclusion in the ballot pack mailed to voters as has occurred in previous elections (see below for an example from the 2012 election). The change does not prohibit candidates from distributing their own preferences. On the contrary, it will probably make such individual notices and ‘how to vote’ cards more prevalent now that the candidates will have to find other ways to make their preferences known. 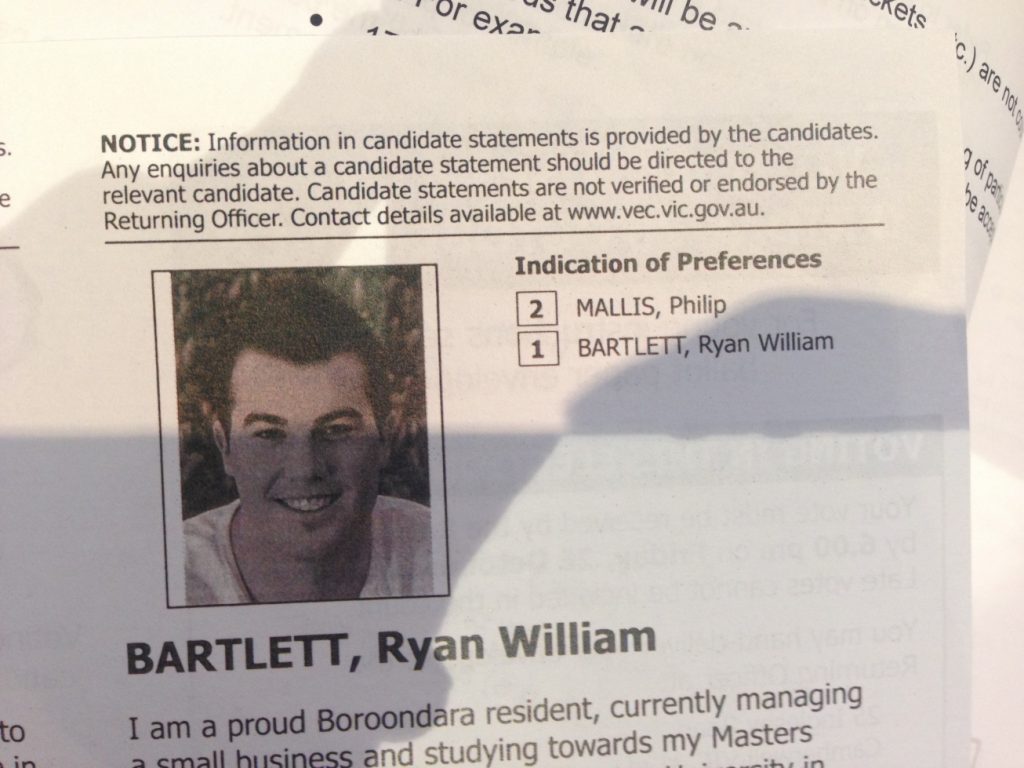 The mover of the motion, Liberal David Davis, said that the changes would help to deter dummy candidates from being used. The Nationals and the Greens also supported the move. However, this was not received well by Labor, saying that it would cause confusion for voters. They stopped short of calling it a bad idea, instead blaming the Liberals for not implementing the idea when they were last in government.

One other interesting point to note is that the disallowance motion does not necessarily mean that preferences cannot be included as before. With the changes made by the motion, the Local Government Act is now silent on the matter of the inclusion of preferences in ballot packs, meaning that it is not necessarily prohibited. The VEC has taken the view that it will not accept preference indications, but this is an issue that may well be taken up in the future. 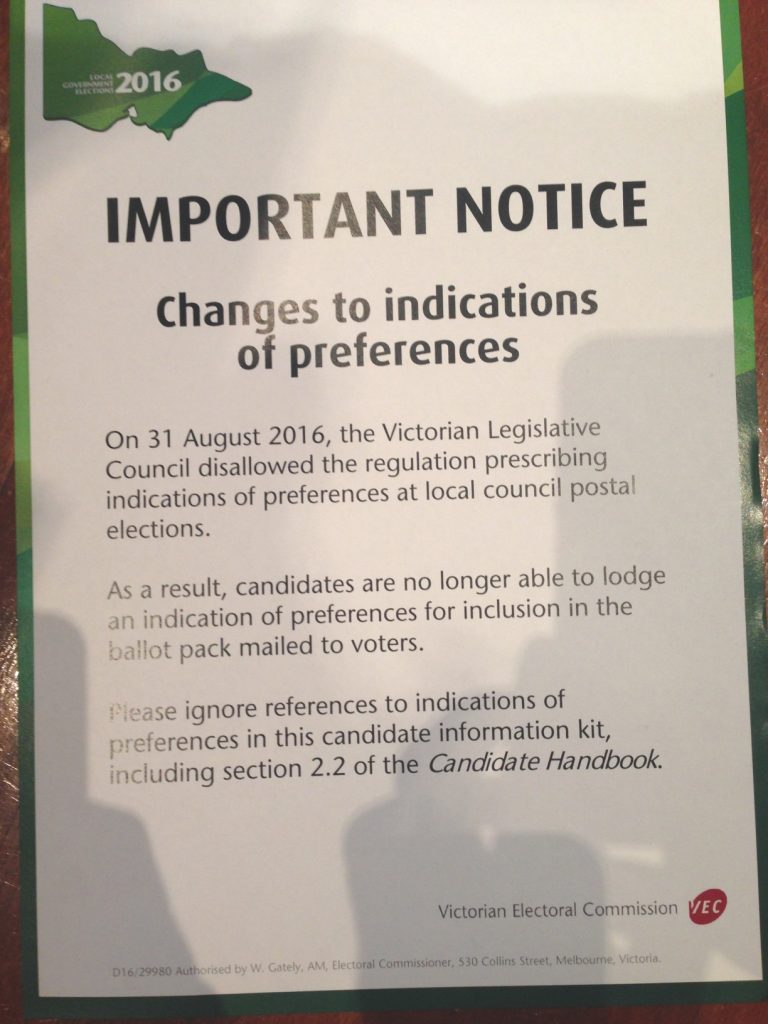 As tomorrow is the final day for candidates to nominate (by 12 noon), I would expect quite a few to put themselves down tomorrow. Some candidates wait until the very last minute to nominate in the hope that they can find a ward where the incumbent is not standing or there are fewer candidates running.

This is made possible by there being no regulation on having to live or be a ratepayer in the ward in which you stand. Rather, you are only required to be a resident or ratepayer within the entire council area.

Nominations made today are in the table below, followed by a running record of the nominees so far.

Boroondara candidates (total) as of 19 September 2016