Note: this post was written in August 2017 during my trip to Europe.

That a European can fly for 55 minutes and be at the end of a totally different country is still something that amazes me. The same amount of time in Australia would barely get you between two major cities.

Today I bid the Netherlands goodbye and began the second leg of my journey to the United Kingdom. My first stop was Windermere in the heart of the Lake District.

The plan was to fly from Amsterdam-Schiphol to Manchester and catch the train to Windermere. This involved a change at Oxenholme.

My first experience of the UK was not a very good one. Immigration control proceeded slowly and with little guidance. I only noticed about 10 minutes into the wait that there was a separate exit if you wanted to transfer between flights.

As this took longer than I expected, I rushed to find the ambitiously-named Manchester Airport Railway Station. It was located a good 10 minute walk away from my terminal. The route is rather bizarre and requires using two lifts and several buildings to access the public transport interchange. Fortunately, the route is well-signed so I did not get lost, but there was a large queue waiting for the first lift.

Manchester to Windermere by train

Boarding the train was more confusing than was necessary. Almost all of the seats had little reservation cards displayed. As I had no reserved seat, it was unclear to me where I was supposed to sit. I wasn’t the only one, with quite a few other recently-arrived and confused tourists roaming the carriages. I opted to sit in the disability-priority row as this did not have a reservation sign and gamble that I would not have to give up my seat. It would have been nice to have been told the seating arrangements when I purchased my ticket, on the ticket itself or somewhere on the train.

The train was relatively empty from the airport but filled up very quickly once we reached Manchester – Piccadilly. My very superficial and fleeting impressions of Manchester from the railway viaduct were not very favourable. Many of the buildings seemed unkept and unused. The suburbs seemed to be rows of similar houses in narrow and winding residential streets. However, this was just 10-15 minutes of looking out of a train window, so I will reserve final judgement on Manchester until I get a chance to have a look properly. 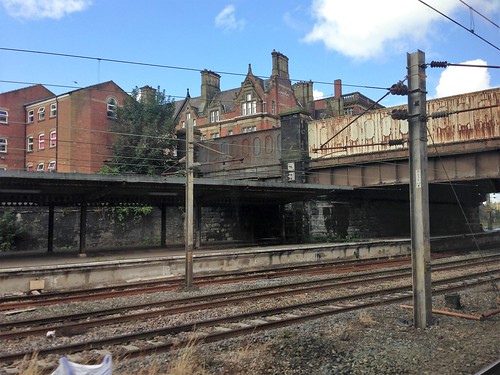 The rest of the train journey was uneventful. As no disabled or elderly people boarded in my carriage, I had no need to give up the seat. There was a food and drink trolley service on the train which I think is a rather nice touch.

Unfortunately, due to a Virgin train at Oxenholme experiencing “technical difficulties”, my train was delayed by a few minutes. This meant that everyone missed the connecting train to Windermere, which operates to 40 minute frequencies on weekdays. If the train had been held by just two minutes or so, everyone would have been able to cross the platform and board.

I am not very familiar with the way in which Britain’s regional railway system operates, but I do know that it is operated by several private companies. In cases like the one I just described, an integrated system would have held the connecting train for a few minutes. This happens all the time with V/Line. When a train is late, connecting V/Line coaches will be held until the train arrives. Having them both within the same single operator ensures that proper communication and coordination occurs. 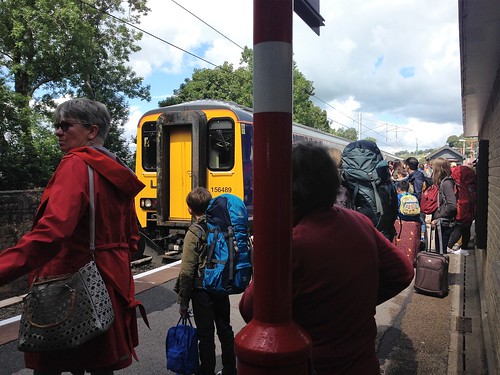 After a stroll around Oxenholme Railway Station, the two-carriage diesel train arrived (a la Stony Point Line). It was quite crowded as passengers from our train as well as the following service were travelling together. The train felt quite dated and a little dirty, but it did get me to Windermere.

Arriving at Windermere Station was quite a relief. I was able to quickly find my accommodation with the aid of my offline OpenStreetMap app (a quick plug for the Maps.me app which has been incredibly helpful).

As I had lost 45 minutes of my day to the train delay, I quickly dropped off my bags and set out to find some walks. The Lake District is World Heritage-listed for its natural beauty and it was for this reason that I wanted to visit; I have little interest in the never-ending Beatrix Potter paraphernalia around the town.

I had marked a few summits on Maps.me and set out to climb them. The first that I walked to was Orrest Head to the north of Windermere.

The walk begins next to a busy road but the path quickly leads you away and into a small but magical forest. Here it is easy to see why this area has been afforded the highest UNESCO heritage commendation possible. The old stone walls lead the path through rows of English elms and other trees up into the less vegetated highlands of the hill. The main thing that first strikes you is the colour – everything is bathed in a lush darkish green. It was hard to do this scene justice with my iPhone camera but I hope that I didn’t do too badly. 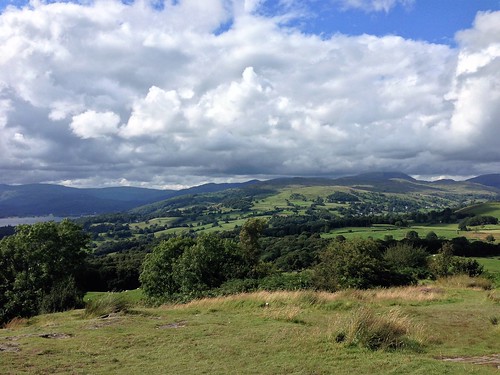 There are several nice places to stop on the way up to the summit for wide views across to the lake but the peak is the view for which you should hold out. It is a 360-degree view from the lake across to rolling valleys and barren hilltops awash in sunlight. You can see for long distances in all directions which made it a very pleasant place and well worth the climb.

On the way back down, I came across my first squirrel – I think it will have to be added to my cutest animal list! This one ran down a tree trunk and sat on top of a wooden log for a while before foraging in the undergrowth for food. Its movement reminded me a little of a kangaroo or wallaby due to its long strides. I also saw some deer in another part of the forest; not wildlife that you generally find in Melbourne.

I walked back through the town centre and through the residential areas of Windermere to find my next climb to School Knott. The houses here were quite different to those in the Netherlands. Mostly constructed of slate or other stone, they were mostly two storeys high with a few single and triple-storey buildings thrown in. Two or three would be directly next to each other and share a wall. 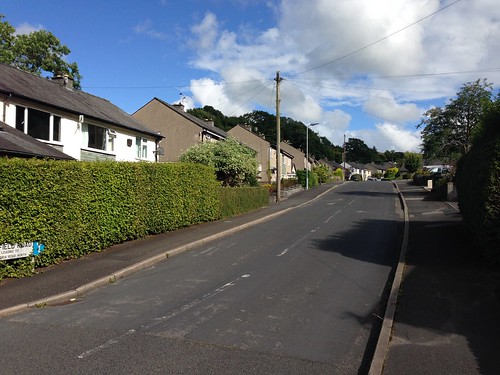 Accessing School Knott was a little more difficult than Orrest Head. The path leading to the National Trust land was not paved and half of it seemed to serve as a shallow creekbed. It had rained quite extensively earlier in the day so some parts were more or less underwater. This area also served as sheep grazing land, something that seems fairly common with these National Trust public rights of way. 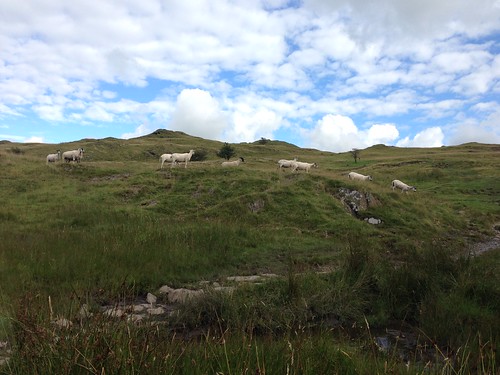 School Knott was a very different hill in scenery and topography. It was quite barren with a little low vegetation but almost no trees whatsoever. It looked like a scene from a sub-Antarctic island or Lord of the Rings. This seemed a well-preserved area. The National Trust has erected signs telling people to ‘keep to the path’, which seemed very odd when quite often there was no visible path to follow.

The walk through mud and sheep poo was well worth it. The views across to the lake and the hills were even better than from Orrest Head as this peak is about 40 metres higher and not obstructed by trees. It was far quieter too – I saw only two other people here on my way back down.

I walked back into town and had dinner at a local fish and chip shop. Haddock with chips and mushy peas was £7:20 – very reasonable given the amount of food that I was given. Despite not having had much lunch, I couldn’t finish this meal. It was also my first time eating haddock. It was good but the cod that I had in Schivenengen in the Netherlands was more flavoursome. 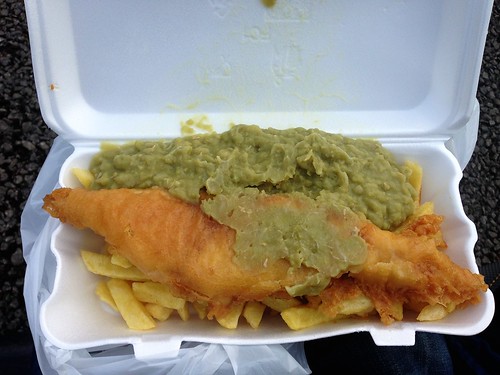 After a good rest, a pleasant walk down to the Lake and my first-ever full English breakfast the next day (which was delicious), I caught my train to Oxford. I could have easily spent a few more days in the area to do some of the longer walks, but in any case I lacked most of the appropriate equipment. I would definitely like to come back and see more of the area one day.