Today was a thoroughly enjoyable and interesting trip down to Korumburra in the the south-eastern part of Gippsland.

Korumburra is a relatively small town on the disused South Gippsland Railway, which once ran from Melbourne all the way to Wonthaggi, Port Albert and other locations throughout the region through various branch lines. It ceased operating in 1993 and until recently formed part of the South Gippsland Tourist Railway which folded in 2016.

V/Line still services the region with regional coaches. The service to Yarram departs Southern Cross Station at 08:50 and runs express to Koo Wee Rup. There it meets another coach running from Dandenong which continues onto Cowes on Phillip Island. It is an interesting service pattern that caters for passengers with different origins and destinations in the region. 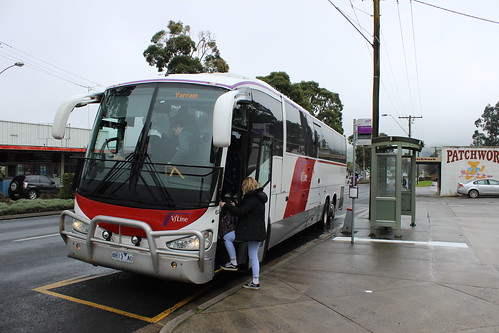 The coach to Yarram then continues through Lang Lang, Nyora and Loch before arriving in Korrumburra. All up, the trip from Southern Cross takes almost two hours. The scenery along the way is very pleasant, showcasing the lush and green rolling hills dotted with cows and clumps of remnant bushland. Those prone to bus sickness should take note as these lovely hills also make the roads meander quite significantly. 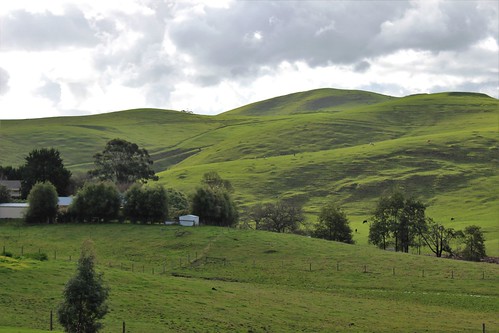 Korumburra and the South Gippsland Railway

The centre of Korumburra contains a good mix of shops. A short walk away from the main street is the disused Korumburra Railway Station. It once served as the former headquarters of the South Gippsland Tourist Railway. All of the track, station buildings and other infrastructure have been left in their place. Apart from some graffiti and vandalism, it all remains more or less intact. 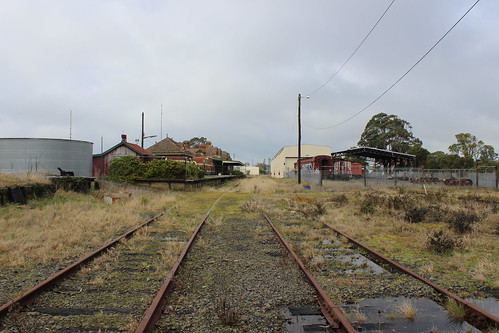 Of course, there is plenty more to see in the region than just historic rail infrastructure.

Walking south of the main street takes you into the residential areas of the town. Some parts seem to have been developed more recently than others, as evidenced by the lack of power poles and different building typologies. Almost all of the buildings are single storey with very nice views across the landscape in several directions. 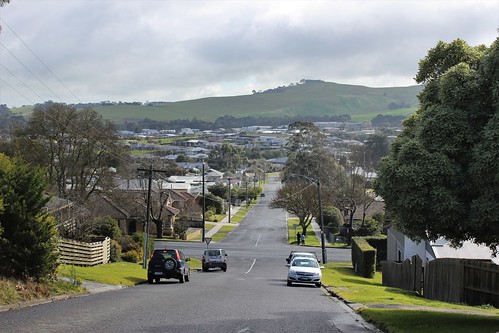 We stopped for lunch at one of the two local pubs (the one that looked busier, which is a good way of working these things out) and continued on our way to the north of the railway line to have a look at the caravan park and the parkland around the parking area. The houses on this side looked older and smaller than those on the southern side. Perhaps it had to do with proximity and ease of access to the railway station.

Korumburra is definitely worth a visit, even if you are not a transport gunzel. There are interesting and scenic areas to visit that we did not have time to see, such as the old coal mine and museum just outside of the town centre.