In a recent conversation I was talking about the smallest and largest suburbs in Melbourne. It seems that while quite a few people have worked out the smallest ones, nobody has yet identified the largest (if you have and Google didn’t show it up please let me know).

Generally I define a ‘suburb’ that is a gazetted locality with a permanent residential population that is part of the contiguous urban form of Melbourne. 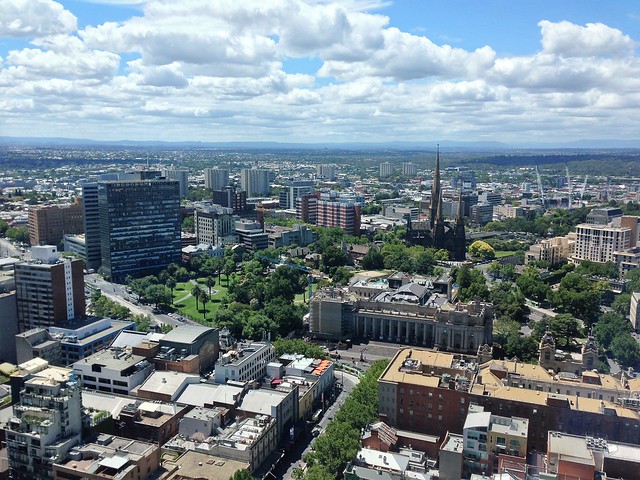 This excludes large peri-urban areas, such as Diggers Rest or Whittlesea that would not fair comparisons to metropolitan suburbs.

The data that I plugged into QGIS for my calculations comes from OpenStreetMap. The link to the query that I used is here if anyone else is interested.

There are a few possible answers to this question.

Whether a suburb is officially considered ‘part of Melbourne’ is not an easy question to answer. Some definitions are for Greater Melbourne, which includes a lot of non-urban land, while others will only consider those ‘connected’ to the city with contiguous urban form. As a result, I’m providing a couple of answers for each scenario.

If you take a strict definition of ‘Greater Melbourne’, as defined by the ABS in its Greater Capital City Statistical Areas, then Wesburn comes out as the largest suburb with an area of 26,640 ha (266.40 km2). However, with a population of only 1,019, it is sparsely inhabited and is a bit of a stretch to consider this as a ‘suburb’.

A better definition for this question is for Metropolitan Melbourne – which I would consider a settlement that is directly ‘connected’ to the rest of the city with some sort of built form.

Using this option, Pakenham takes out the title of largest suburb in Melbourne at 8,647 ha (86.47 km2). It’s important to note that a large portion of the suburb is not built up (yet).

While Sunbury is at the end of a metropolitan railway and technically larger than Pakenham (13,219ha), there is a large gap of undeveloped land between it and the rest of Melbourne.

Which suburbs have the largest population in Melbourne?

Philipreply
– In reply to: G

Almost certainly Melbourne – the 2016 Census has its population at 47,285. I don’t think any other suburb would come close to matching that given central Melbourne’s size and density (which, incidentally, is the highest in Australia): https://quickstats.censusdata.abs.gov.au/census_services/getproduct/census/2016/quickstat/SSC21629?opendocument

Jreply
– In reply to: Philip

Philipreply
– In reply to: J