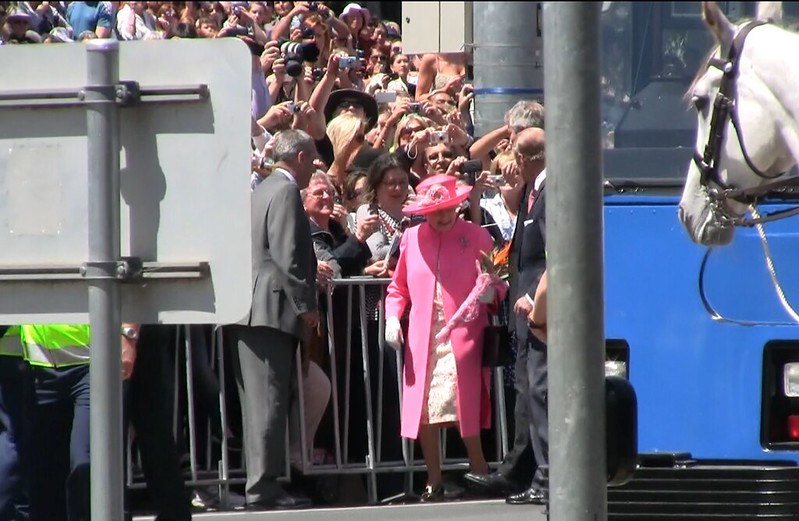 The royal visit of Queen Elizabeth II in 2011 was the latest and one of the few times that she has visited Melbourne.

It was also notable for being the only time that she or Prince Philip were on a tram (as far as I can tell from my research anyway).

On the day, now over nine years ago, I arrived about 90 minutes early to get a spot at the front of the barriers outside Flinders Street Station. Shortly afterwards, a woman stood next to me and we got talking. She was actually on holiday in Melbourne from the UK and would see the Queen regularly because she lived in the town of Windsor itself. Despite these regular sightings, she thought it was special to see her here in Australia and worth coming out on the day.

There were lots of police around for crowd control, with Federation Square and the Swanston/Flinders Street intersection packed with people early in the day. 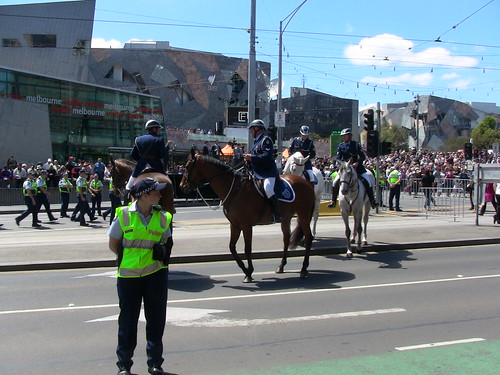 She eventually emerged from the crowds in Federation Square with Prince Phillip and her entourage before walking up the ramp to the southbound platform of the tram stop. 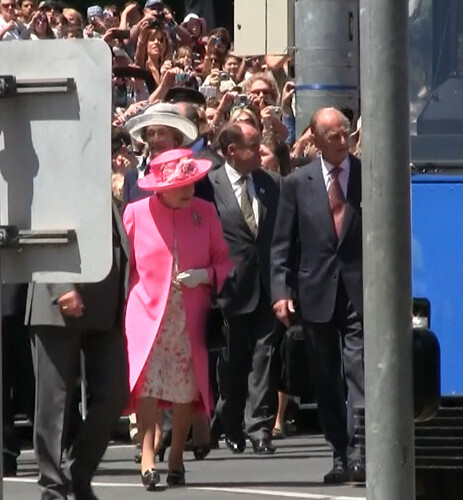 They then boarded a Z3-class tram #158 was parked there, waiting to take them on a short tram ride down St Kilda Road to Domain Drive where a car took them into Government House. 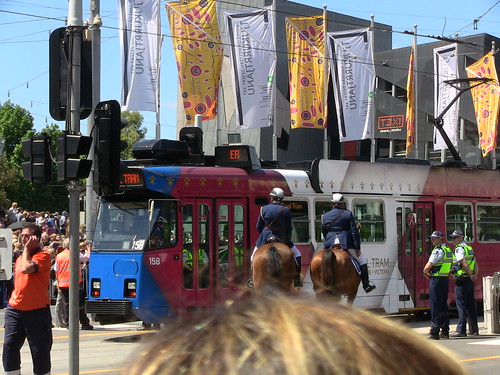 This tram was in a special livery with ‘ROYAL TRAM’ on the desto and ‘ER’ for the route number display. The livery was kept for several months while the tram returned to service.

There was also a lesser-known ‘VIP tram‘ following behind the Royal Tram carrying other dignitaries and staff.

The main reason that a relatively old tram like the Z3 was chosen was primarily due to the fact that it had handrails in the centre of the doors for the Queen and Prince Philip to board more easily. The tram stop closest to Government House was not yet a platform stop, so a low-floor tram could not be used.

They even had to get a myki card to travel, although I’m guessing it’s unlikely that they had to touch on.

The timing was interesting. #OccupyMelbourne had been violently removed from City Square days before. A General Assembly of occupiers (about 200 people as I recall) convened outside the State Library a day or two before the visit and had a debate on whether to protest the Queen. It voted not to as agreed would be counterproductive.