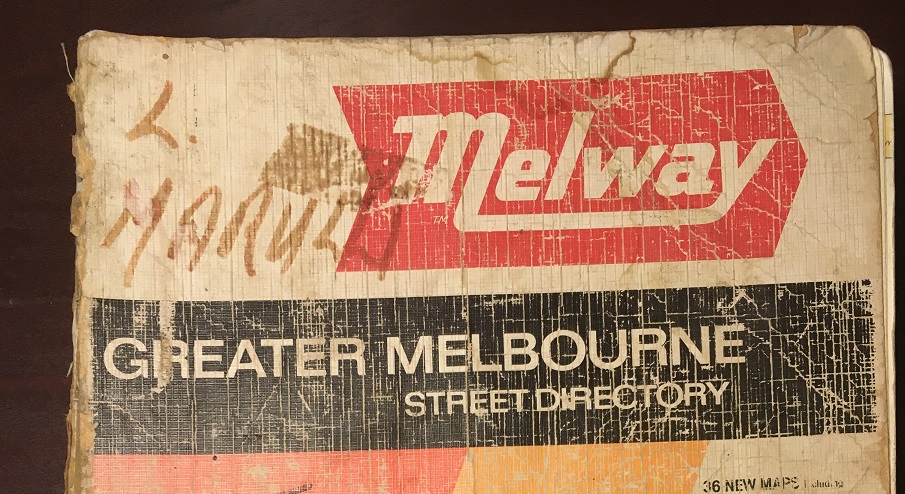 Next month, the iconic Melway street directory will celebrate its 55th anniversary. Despite the almost total shift of casual map use from paper to digital access, this uniquely Melbourne map has continued to operate and bring joy to its users to this day.

A recent post on Twitter about this date created a lot of discussion. Many were surprised that Melway is still around or predicting its imminent demise. I, for one, believe that Melway is here to stay for a while longer yet. It has managed to adapt well to rapidly changing circumstances and find niches in the market that continue to make it a viable operation.

But that’s not what I want to talk about here.

Coming back to the Twitter post, there were those expressing surprise and asking rhetorical questions like “who on Earth still uses Melways [sic]?”. This got me thinking about where they are still in use.

My first thought is the popular Travelsmart maps published by local governments across Melbourne. These are basically maps of each municipality with a Melway background but with walking, cycling and public transport options emphasised. 25 metropolitan and three regional councils have current editions, along with four universities. A list of these is published on the VicRoads website here.

Another recent example is related to the resurgence of another map-based information source. The ‘Civic Guides’ boards used to be a common site across Victoria. However, many of them fell into disrepair or were removed as the digital age supposedly rendered them obsolete. They seem to have been making a comeback over the past few years, albeit with a redesign emphasising advertising over map information, but they do still use a Melway map to display the local area. 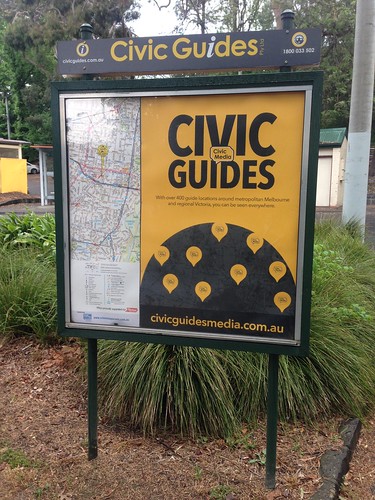 Its unrivalled accuracy and comprehensive detail also makes it very useful for government applications. Even the Victorian Government’s online VicMap portal has Melway maps licensed as a data layer (for internal users only). I personally know of many local and state government offices with printed Melway maps hanging on the wall. At my work, we have both a wall map and street directory – both heavily used and annotated.

You will still see ‘Melway reference’ used in some event or community facility descriptions to direct users to a location. This will be a page number and grid reference (e.g. ‘Melway(s) reference 15 F5). I’ve always loved the idea of this as a kind of secret code for Melburnians. If you don’t have a Melway, you have no idea where that could be!

This is not an exhaustive list by any stretch of the imagination; just a select few that I want to highlight.

Where have you seen a Melway map used recently? Feel free to drop a comment below!

If you’re interested in more about the history of Melway, have a look at their website here or this article from The Age on their 50th anniversary in 2016.

The alternative travel maps at some stations use a Melway base.

The Metro ‘System Description’ gives Melway references for all features. Flinders St, for example, is 1B M10.

That’s actually a very good use case. If you have a bridge strike at Gipps St (2C J11), the Melway reference is concise, easy to communicate, prevents misunderstanding about the location being discussed, and ensures everyone is going to the right place. Even if they have never been there before and have no idea of the local geography.

As a computer wiz, I could dream up a super sophisticated tablet based geospatial system that would be 1) hugely expensive, and 2) an absolute PITA when you needed to actually use it. Some people you are communicating with wouldn’t have it on them, others would be broken or have flat batteries, and some wouldn’t really know how to use it. It’s not hard to conceive of situations where this could actually be dangerous.

I would imagine the same is true for any organisation that owns distributed assets.

Anthonyreply
– In reply to: Tony Fay

Big W, some bookstores, and RACV still stock them. The Large Print ones are a a bit more difficult to find though, IME.

Still use one to this very day. Online maps are usually outdated and don’t contain as much detail.

My grandfather still uses one! He can use a GPS, but prefers to find the route himself in the Melway book, and memorise every turn he needs to make.
He’s good at it too!