Note: this post was originally written in July during my recent trip to Europe.

I must admit, I wasn’t quite sure what to expect from a culinary perspective in the Netherlands. My knowledge of Dutch cuisine was very scant; basically limited to pancakes, baked potatoes and bitterballen. Needless to say that the actual situation is much more diverse and delicious.

On my first proper walk and ride around Rotterdam on Saturday, I found no less than three outdoor markets without really trying. I cheated a little bit on the first one as I had looked it up beforehand.

This was the Rotterdam Harvest Market where local farmers and shopkeepers bring their wares – open every fortnight in a large plaza not far from the city centre. It looked pretty small from a distance, but it had a great variety of food from Argentinian hamburgers to fresh fruit and vegetables.

I bought a small bread puff with chicken and assorted legumes inside as well as a cous cous salad from a stall selling Indian food. Both were delicious and it was very pleasant sitting among the market people watching and enjoying the scenery.

I did not spend as much time in the other two markets that I came across by accident. The first was the Markt Afrikaanderplein which mainly sells Surinamese food and supplies. It was very busy and had caused the first traffic congestion in a side street that I have seen so far at a four-way intersection with pedestrian crossings (a la South Melbourne). 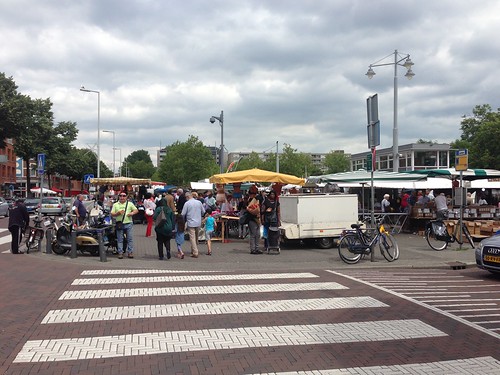 The other market was partly outdoors but also inside the Markthal building near the waterfront of Rotterdam. It is one of the most amazing buildings you will probably ever see. It is shaped in an arch creating a huge void underneath. This houses the market with grocers, restaurants and many other types of shops in a relatively busy environment. Around the archway are apartments with little windows for its residents to see inside and out. 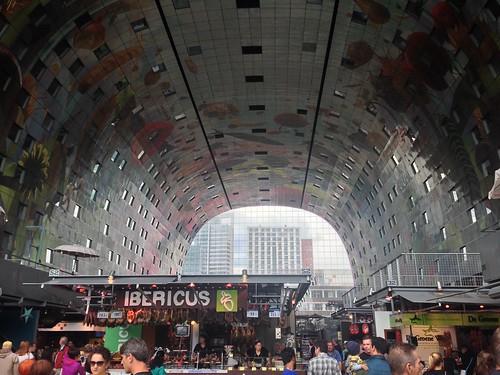 This was combined with a large outdoor market in the pedestrian malls around the building. These were mainly selling clothes as well as food and other products.

As an interesting side note, the Dutch word for ‘market’, markt, changes to market when pluralised.

I must admit that I was surprised to find that fruit and vegetables here are very nice. It is a little-known fact that the Netherlands is the third largest exporter of food in the world, thanks to careful planning and organisation of food-growing regions around the country. These are specifically located near sea and airports for easy transport and contain highly concentrated aquaculture, agriculture and greenhouses.

The milk, butter and cheese is also particularly good. Even the cheap butter that I bought in a small tub from the local Aldi was creamy and tasty. The milk is also great, but perhaps not quite as good as that from the Australian countryside.

The mix of cultures is somewhat different to what you would find in Melbourne. There is a lot more evidence of influence from Turkey, Suriname and Nigeria and less influence from China and Malaysia. 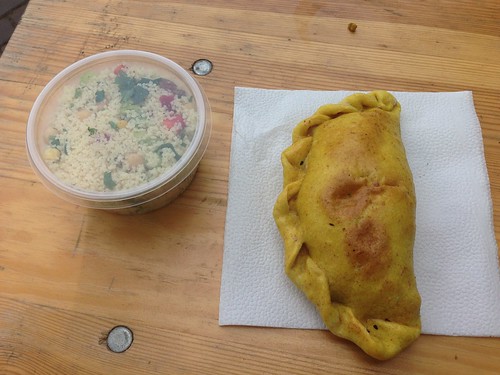 This means that you can find a lot of different food that is not as easily found in Melbourne. Other than the market that I mentioned previously, there are lots of grocery stores and small cafes selling very nice authentic food from these countries (and many others).