tl;dr version – if you are on a citybound bus on the Eastern Freeway and want to change to a Mernda/Hurstbridge train, get off at the Truro Street bus stop and walk to Victoria Park Station via Truro Street instead of Johnston Street.

This tip is quite well known among regular passengers on Eastern Freeway buses who need to change to the Mernda/Hurstbridge Lines. For some reason, the PTV app will tell you to change at Collingwood instead of Victoria Park. Unless you are heading towards the city, you should change at Victoria Park.

The most obvious thing to do is to alight the bus at Hoddle/Johnston Street, cross Johnston Street and walk up the ramp to Victoria Park Station.

However, the quicker way is actually to get off one stop earlier at Truro Street (the first stop after the bus leaves the Eastern Freeway). There is a less-used ramp that leads runs off the end of Truro Street and straight onto Platform 2. This avoids possible delays on the bus waiting at the Truro Street and/or Johnston Street traffic lights and also avoids the need to cross any streets as a pedestrian. 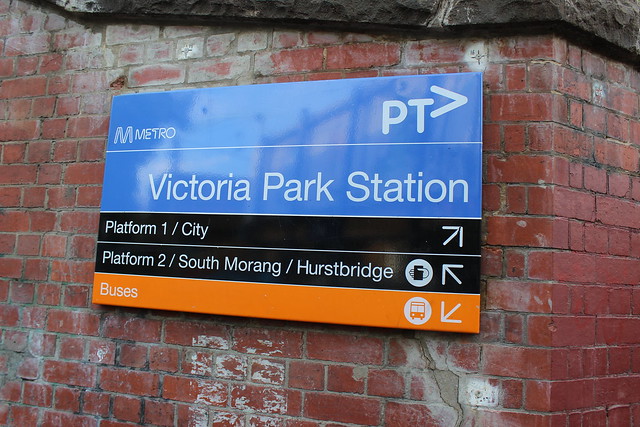 This may only save you a minute or two, but that could make all the difference between catching or missing your train!