In 2005, a level crossing was pre-emptively removed in Melbourne.

This is not noteworthy in itself – there have been tens of these types of projects completed in the city over the past few decades.

What makes this one different is that instead of involving trains, it grade separated road traffic from boats and fish.

In 2002, the 62-hectare Martha Cove residential estate was approved by the Victorian Government at Safety Beach. Part of these works involved the $26 million grade separation of Marine Esplanade and Tassells Creek. 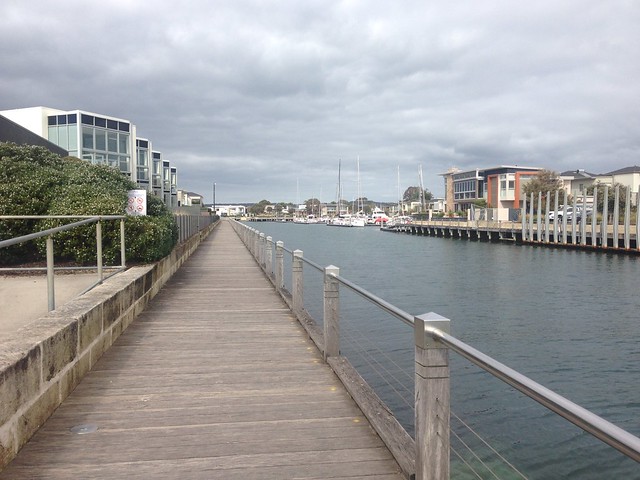 Before the development, the area east of the road was coastal flats. The onset of new residents, a marina and all the associated works meant that large scale earthworks and construction took place.

One part of this involved the new canal for residents’ yachts to enter and exit the new cove.

Presumably VicRoads had few options when it came to contending with the new high masts of these luxury watercraft. 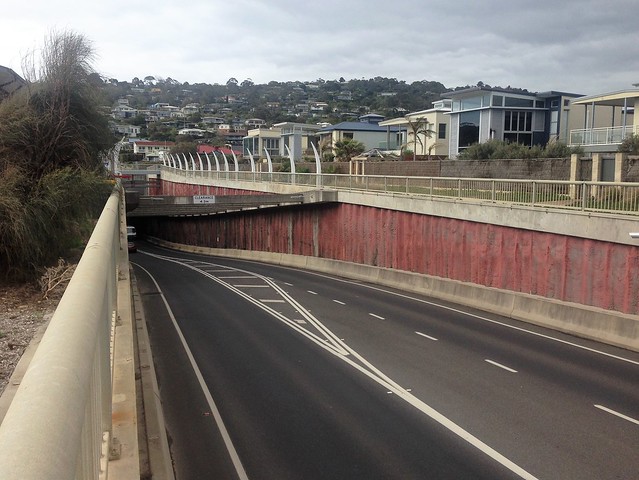 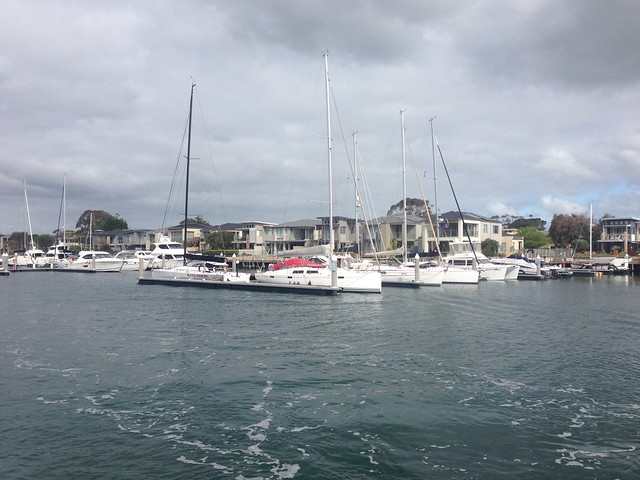 Quite a lot of engineering has gone into this project. The degree to which the road has to go down, under the water and back up the other side would have required a lot of excavation and forward planning. 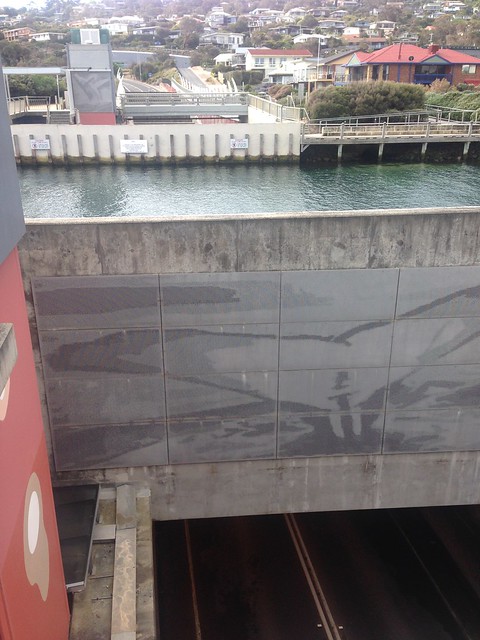 For people walking and riding bikes, there is a lift and a flight of stairs located on either side of the water. These take you down to a pedestrian walkway underneath the water, just above the road tunnel. 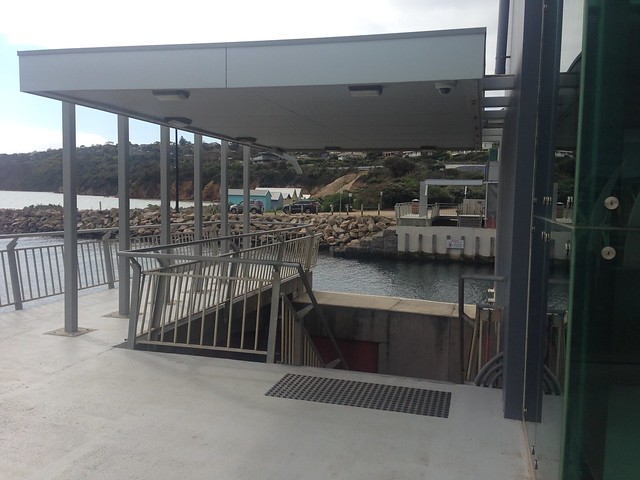 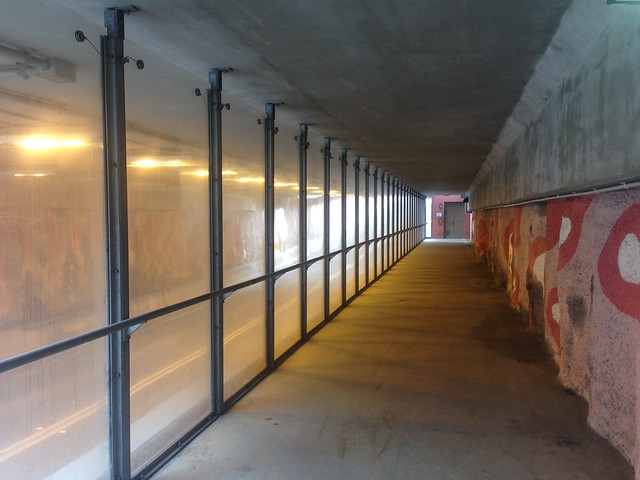 There was quite a bit of water dripping from the concrete which was a little disconcerting.

Finally, you can only get to the other side of the water on the west side of the road with no pedestrian crossing provided if you are on the east side. Here it’s a very, very long walk around the back of Safety Beach. And if the lifts are broken for some reason and you can’t use the stairs, you’re pretty well out of options.

There were some other things to note about Martha Cove and the surrounding area, like this high vehicle detector in nearby Bruce Road. But I think we’ll leave that for another time.

This is interesting. I cycled through that tunnel while visiting Melbourne a few years ago, it wasn’t until I was in the tunnel that I realized it isn’t really designed for cyclists… Not sure I would have been better off using any designated cyclist rout. It’s a fascinating bit of infrastructure, I’d like to go back and check out the pedestrian options. Surely a lot of people would want to follow the shortest rout possible on foot or bicycle.

Philipreply
– In reply to: David F

Yes it reminds me a little of the Buckley St level crossing removal and how the road underpass there caters (or doesn’t) for people riding or walking.