With uni starting up again this month, it is worthwhile for students, staff and visitors to have a good look at the various public transport options for their respective universities. I might do some similar posts in the future on transport options to the University of Melbourne and Monash University.

Like most tertiary institutions in Victoria, the Bundoora campus of La Trobe University is not located within easy walking distance of a railway station. PTV have produced a useful four page PDF for travelling to La Trobe which is worth a read. However, choosing which route(s) to take requires a little more digging.

There are many possible public transport combinations for getting to the campus from the CBD and it can be difficult and confusing to work out which is the best option.

For the purposes of this exercise, I am using the corner of Bourke Street and Swanston Street in the CBD as the starting point. I am also using the Agora at La Trobe University as the destination (being the hub of most activity on the campus). 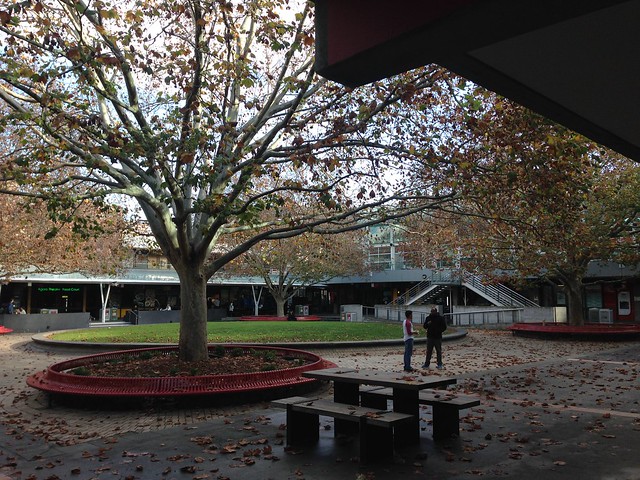 From what I know, these are the most common five public transport options for this journey (in no particular order):

There are theoretically tens more possible combinations. These are just the ones that I think are the most practical and/or common.

To answer the question requires knowing the day and time. During weekday morning peak, your best bet would be a train to Reservoir and changing to the 301 bus. However, during the afternoon peak, the 350 bus will probably be a little bit quicker (and is also a single seat journey). On a weekend, the 250 bus or the 86 tram are your best options – mainly because the 301 and 350 buses do not operate on weekends. 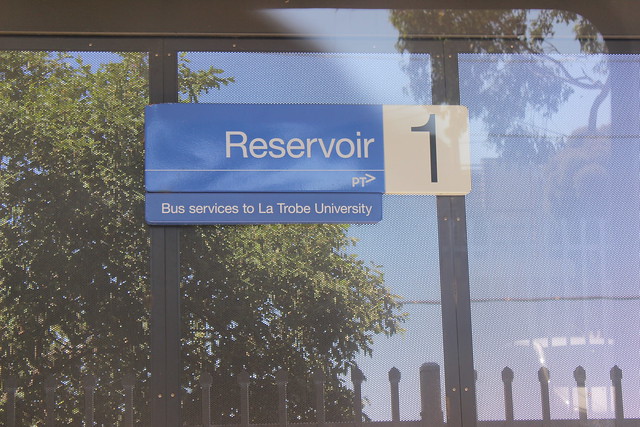 These answers rely on scheduled timetables, so the other major factor to consider when deciding on your journey is reliability. Given their general lack of separation from traffic and priority, buses and trams are more suseptable to unexpected delays, particularly during peak times.

In summary, there is no single answer to this transport question. The scheduled time differences between each option are not significant, so your main consideration may be reliability. In this case, the train to Reservoir followed by a bus would probably be your best choice.

Thanks Philip. Where did you find those PTV university pdfs? I searched their site for ages and couldn’t find a link. But they come up via Google.

Philipreply
– In reply to: Peter

I found it via this link: https://classic.ptv.vic.gov.au/about-ptv/media-centre/media-releases/new-travelling-to-university-guides-now-available/

However, it now includes the following note:

“NOTE: This page originally contained links to files that are no longer active and have been removed. If you wish to view a copy of a document no longer available, see Freedom of Information (FOI) requests.”

A good option not included above would be train to Thornbury and then interchange to the 86 tram.

I am surprised you didn’t mention that if you go via Reservoir and just miss a 301 express, there is also the all-stops 561 that follows the same route, and this often is quicker than waiting for the next 301.

Reservoir also benefits from a few counter-peak semi-express trains that would suit 10am classes – there are more trains to Reservoir than Macleod.

Another option off the Hurstbridge Line to consider is the 551 – buses depart Heidelberg roughly every 15 mins until 10:30am, versus the 561 from Macleod every 20 mins. The longer bus trip is offset by getting off the train two stops earlier and the shorter average transfer time.

(250 from Westgarth/Dennis and 548 from Ivanhoe also work but connecting bus frequencies are less optimal).