Everyone knows about the lifts and escalators to access the underground Melbourne Central Station.

But it seems that far fewer people know about the ‘manual’ way to access your train.

In the north-west corner of the concourse for the Elizabeth Street entrance to the station, you will find a small entrance to a set of stairs. 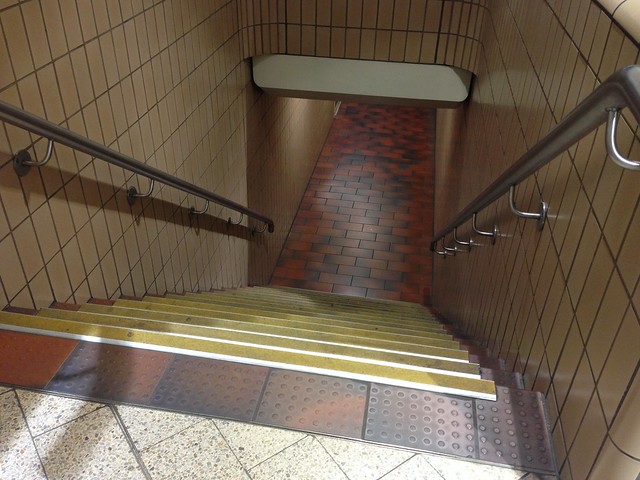 These will take you through a short level corridor before leading down to Platforms 1 & 2. 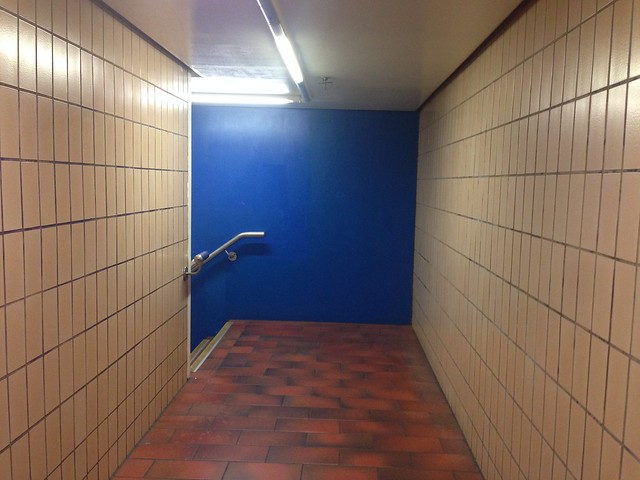 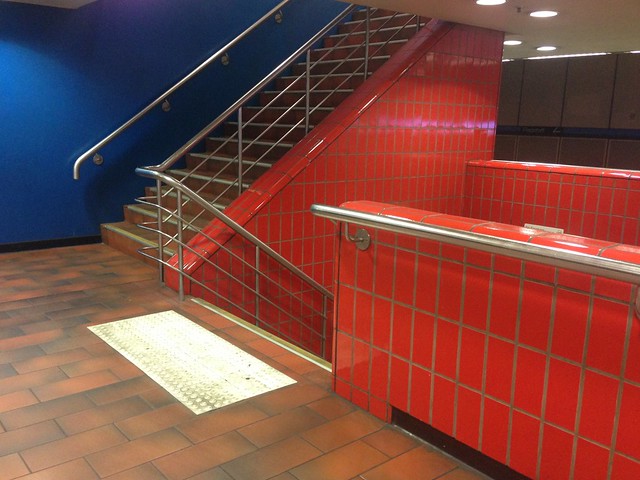 The stairs then continue down to Platforms 3 & 4. 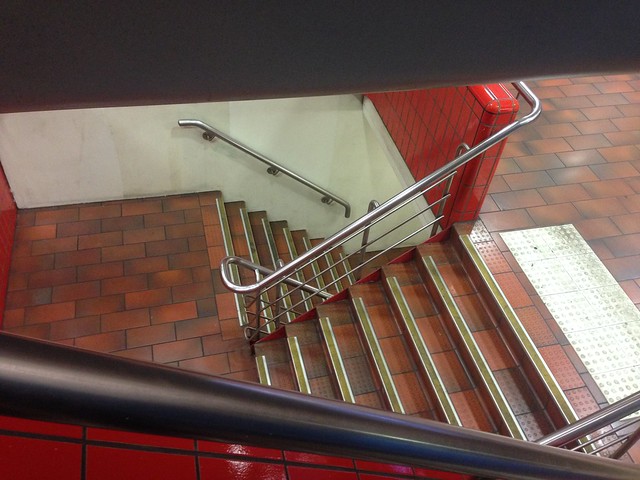 The location of the stairwell is hard to describe without a diagram or floorplan. But it is notoriously difficult to find any drawings or details about the City Loop or its stations – presumably for security reasons.

However, in this submission to the DELWP Melbourne Metro Inquiry (original here), the owners of the centre provide a floorplan that gives a lot of detail for the concourse level.

You can see the location of the stairwell shown with a red arrow in the floorplan closeup below.

They are located close to the double set of escalators immediately behind the main gateline. But despite this quite prominent location they seem to go unnoticed by almost everyone (including me until recently).

Flagstaff Station also has stairs to access platforms, but they are more numerous and obvious. Parliament has stairs at each entrance to access the station concourses but not down to the platforms – probably because of their significant depth.

I wonder which feature of Melbourne Central station is more obscure – these stairs, or the La Trobe Street exit? 😛

Philipreply
– In reply to: Marcus

I’d say La Trobe St! I had no idea until I was researching for this post and came across your previous posts.

Nate Kilnoocreply
– In reply to: Philip

Didn’t they remove the La Trobe St. exit a few years ago or is it still there?

Yes they closed it for Metro Tunnel construction, but once the new State Library Station is finished there will be a lot of new entrances and tunnels around there: https://wongm.com/2017/12/connecting-melbourne-central-flinders-street-station-melbourne-metro/